i got questioned by the police today. 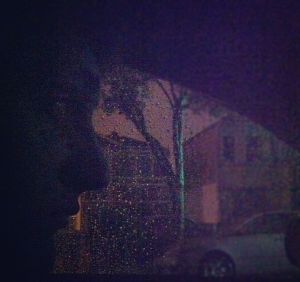 what a dramatic opening line, no? it’s true, though, it’s true! well, sort of…

i was walking to work today and i stumbled upon a man being pushed into a police car. the man was clearly off his rocker, but through his distressed rumbling and ranting he made eye contact with me. the moment that happened i saw something switch in his eyes… he had an idea.

so the five police officers that were ‘helping’ him into the car all turned to me. two of them stepped two feet to the left to confront me.

i snickered. because, no, i didn’t know him. i had never seen him before. and, i snickered like in a bitchy way. i’m not proud of this, but my first thought was “crazy homeless man”…

here’s a confession, i watch way too much law and order SVU. really, it is a twice or thrice daily occurrence for me. and in my law and order tainted mind, i simultaneously got excited and frightened, and then expressed in a potentially suspicious manner, “i never saw him before”

i say ‘potentially suspicious’ because after the words came out they said something like ‘are you sure?’

i said i was certain and they ‘let me go’.

i walked away feeling like a secret agent. this mild, short interaction in my mind turned into a ‘run in with the police’. it’s fun to embellish, when it’s all in good fun.

this interaction has nothing to do with diabetes, other than the fact that it happened while i was walking to work at the Diabetes Hands Foundation.

BUT, it did inspire me to continue writing a short story that i stared while on a flight home from philly, which incidentally is also inspired by law and order SVU. so, look out for part one, airing some time this week.

diabetes hasn’t made its way to the short story yet, but who knows.